State-of-the-art applied window films are designed to improve window performance by rejecting temperature increases from sunlight (solar heat gain), protecting against glare and ultraviolet (UV) exposure, offering a wide range of choices in the amount of light transmitted through the window (visible transmittance or VT), and in a few cases, increasing thermal insulation. Window films typically cannot be adjusted or readily removed. Because of the range of film types, there are products that are useful in almost every climate and for every window application.

Window films can be professionally applied by a skilled installer or are available for do-it-yourself projects at home improvement stores. Films are typically about 2–7 mils thick (50–175 microns) and come on rolls 36 to 72 inches (1–2 meters) wide. Films have a minimum of three layers: a pressure-sensitive or water-activated clear adhesive layer (against the glass), a polyester film layer, and a scratch-resistant coating. Films for safety/security function will be substantially thicker. A variety of other technologies that tune the film for different performance properties can be added to this basic configuration: tints, low-emissivity (low-e) coatings, and UV radiation blockers. Spectrally selective low-e coatings are preferred because they block some portions of the sunlight spectrum to reduce unwanted solar heat gain while allowing other portions of the spectrum to pass through the window, which maintains visibility. Some films absorb, rather than reflect, solar radiation. This reduces their effectiveness because the absorbed energy will heat the glazing surface and a portion of that energy will be transferred into the room. If the film is applied to the interior side of a window, this residual heat will be greater, negatively affecting the comfort for those in the room. 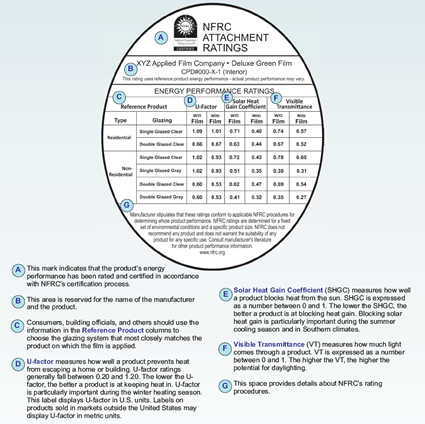 For a specific application, users can assess the amount of solar heat gain through a window with film based on the solar heat gain coefficient (SHGC) and visible transmittance (VT) rating listed on the film’s National Fenestration Rating Council (NFRC) label (see page 1). Window films were the first—and so far only—window attachment option to be rated by the NFRC. 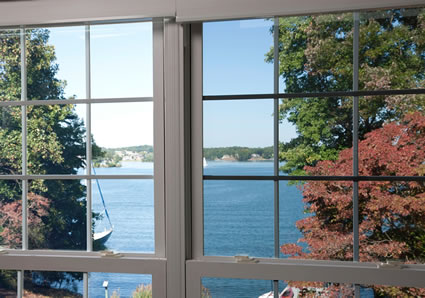 The window on the left has no film; the window on the right does. How much a film alters the appearance of the window (inside and out) depends on a number of variables and is difficult to generalize because there are currently so many different films.
Photo: Eastman Chemical Company 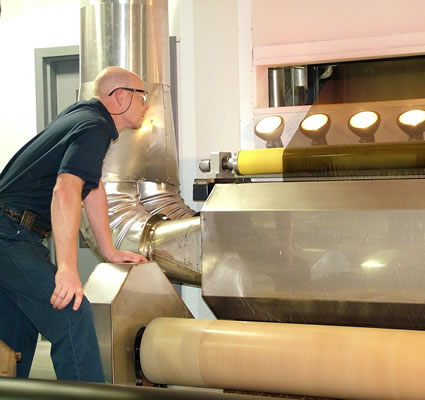 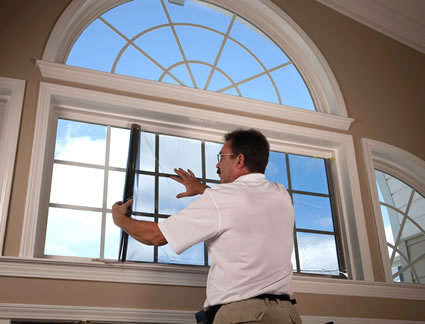 Applied window films can be installed by do-it-yourselfers, but professional installation is recommended. After thorough and specialized cleaning, the installer will apply a solution to the window surface prior to rolling and squeegeeing the film.
Photo: Eastman Chemical Company

When to consider this retrofit—Ownership

* Condominium regulations or historic building codes may require the use of higher-VT and lower-reflectance window films that maintain appearance from the outside.

When to consider this retrofit—Window conditions 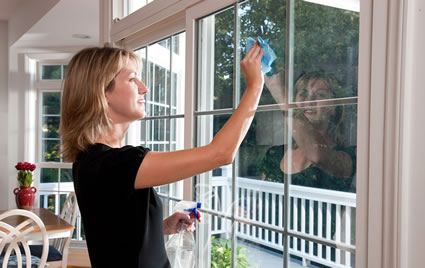 Compatible with any window attachment but work best with: